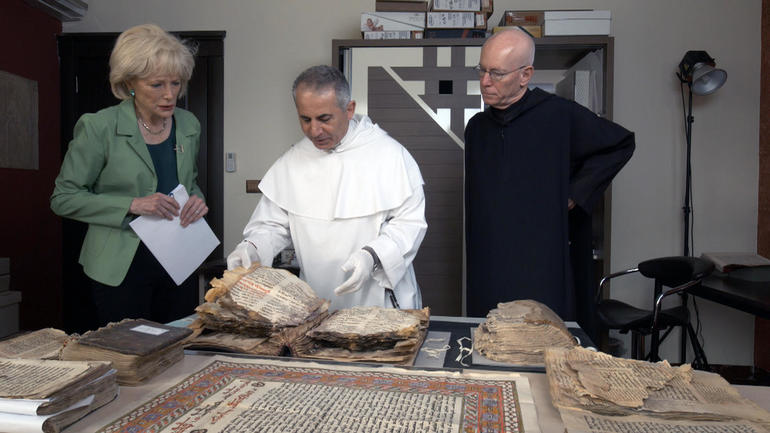 Friar Najeeb Michaeel has been working to counter the damage caused to ancient Christian texts by ISIS, including hiding 12th-century manuscripts in the walls of the Mar Behnam monastery in Iraq. In an interview with CBS News, Father Najeeb explains the goal of the destruction was “to say that there are no Christians, nothing before Islam” and that “there’s a real war” over the documents. In partnership with Benedictine monk Father Columba, Father Najeeb has saved 3,500 ancient works from several locations in Iraq, including Bibles and scientific books.